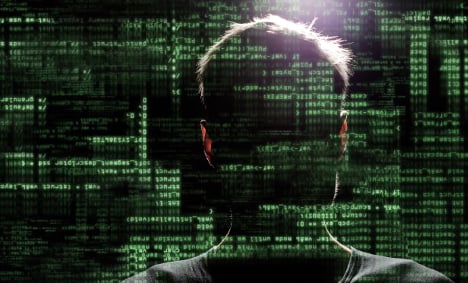 Photo: Silhouette of a hacker uses a command on graphic user interface Shutterstock

Top security organization, National Security Authority Norway (Nasjonal Sikkerhetsmyndighet), stated in their quarterly report that the situation in the Nordic country is set to only get worse.

The company's director, Kjetil Nilsen, presenting the report, said: “The number of attacks are increasing. They are becoming more and more advanced. More and more businesses are being hit.”

This summer in Norway several large companies had their websites taken down by a 17-year-old hacker in what was termed a "DoS" (Denial of Service)attack.
Nilsen said: "This year, up to now, we have handled 62 cases that we consider to be serious. The last year it was 51. We unfortunately expect a doubling of the most serious cases this year.”
Many of these cases concern espionage, either from criminals or from foreign powers. 50 companies in the oil and energy sector were exposed to the largest hacker attack in Norway. 550 companies were warned about the attack, but only 29 of them have discovered viruses or damage afterwards.
“We know that at least 50 of the companies were attacked. This shows that few of them knew that they have been attacked. Many companies don't know what they have been exposed to,” said Nilsen.
The cyber-security expert added few companies log their data traffic and that it's therefore difficult to track what kind of information could have been stolen.