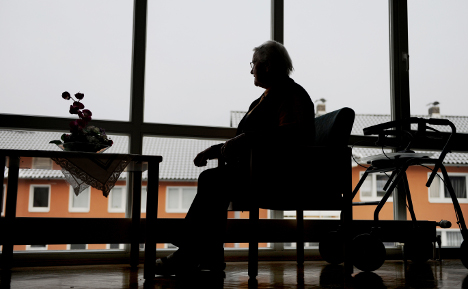 Silhouette of a senior woman in a nursery home in Norway. Photo: Frank May / NTB scanpix

HelpAge International's Global AgeWatch Index measures the social and economic welfare of those aged over 60. The report comes with the prognosis that by 2050, 21 percent of the world’s population will be over 60 years old.

The index was published on the UN’s international day for the elderly. Australia, Western Europe and North America are placed high up on the list, and Afghanistan at the bottom, according to the BBC.
By 2050 around 40 countries in the index will have a population where 30 percent are 60 years old or more. The UN has stated that the number of people aged 60 years old and over is expected to reach 1.4 billions by 2030.
In Mexico, almost nine out of ten people 65 years or older receive pensions. As a result of this, Mexico occupies 30th place on the index, ahead of, among others, Brazil, Russia, India, China and South Africa.