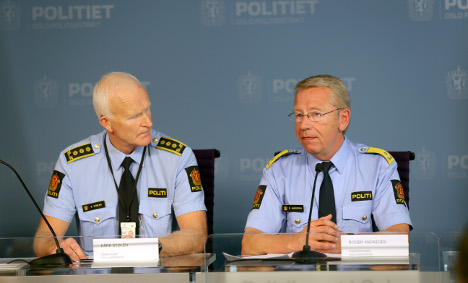 Police arrested 16 persons in a large drug raid in Oslo on Tuesday. The main men behind the drug sales have exploited teenagers to sell marijuana, according to police.

Police chief Kåre Stølen said to NTB: “There has been cynical exploitation of kids and young people under 18 years old. It is about kids under 18 years having sold and bought drugs, and several underage kids have been together with their parents connected to buying or selling drugs.”
Police are now sending between 50 to 100 reports of concern to the Child Welfare Services in Norway because of what they uncovered during the Tuesday raid.
More than 100 police officers took part in the raid on 20 to 30 addresses in Oslo on Tuesday. There they seized drugs, weapons and large sums of money.
Stølen said that more people will be arrested in connection to the case.
He said: “I'm absolutely sure of it. We have observed many who have been committing drug crimes in these areas.”
Most of the charged are Norwegian citizens. They will be remanded in custody on Thursday or Friday this week. According to Stølen they belong to two different drug cartels. Several of the charged persons are in family with each other, according to NRK.
The youngest of the charged persons is 17 years old, and the oldest one is in his or her fifties. Police do not rule out the possibility of more people being charged.
Police confirmed they received calls from residents in the area and that they have had close contact with the residents in relation to the raid.
Vice police chief Roger Andresen said: “The purpose is to create better safety for the community by striking at people and groups who have been responsible for much of the street drug selling in the residence areas of Tøyen, Kampen and Ensjø.”
Police chief Stølen said that the street drug scene in Oslo have created fear and despair for the area's residents.
Stølen said: “We received many calls that we have taken seriously. We hope to have caught key networks and individuals, and to contribute to a lasting change in these residential areas. Of course, all of this makes the city very unsafe for children.”