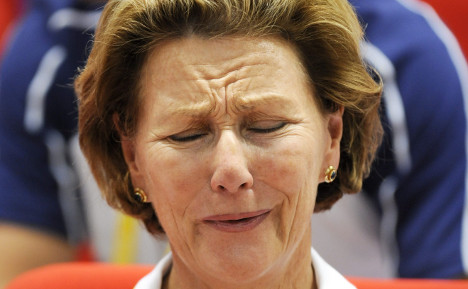 Swanstrøm was sentenced to eight months in prison by Oslo district court for economical infidelity. He must serve half his sentence penalty in jail and is exempt from parole.

Swanstrøm, the nephew of Queen Sonja of Norway, is charged for embezzling of 400,000 kroner ($62,000) and five cases of fraud. He is also sentenced to pay 400,000 kroner in compensation to Fyresdal municipality for a loan he received, according to Dagens Næringsliv.
The court settlement between Svanstrøm and Økokrim (National Authority for Investigation and Prosecution of Economic and Environmental Crime in Norway) is based on conditions from the time the 61-year-old was CEO and general manager in “Nye Telemarkskyri Meieri AS” dairy.
The company went bankrupt in 2012 and, as a consequence of this, the public prosecutors of Vestfold and Telemark charged Swanstrøm for embezzlement and fraud. Swanstøm was found guilty of moving money between different companies illegally.
According to the charge, Swanstøm also transferred much of the business loan from Fyresdal municipality to another company. This was in conflict with the terms of the loan.
During the trial, Swanstrøm denied all charges. The prosecutor’s sentence was nine months in prison. Four of them will be on parole.