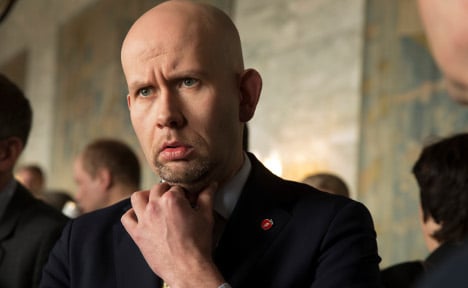 Norway is the second biggest supplier of gas to the European Union after Russia, and is therefore one of the short-term options Brussels is looking at in case of a cut-off by Moscow.

"The capacity of the gas pipeline system is more or less fully utilized in the wintertime," Energy Minister Tord Lien said after talks with EU Energy Commissioner Guenther Oettinger, when asked if Norway could increase the supply.

"But of course if the situation should develop there will be a slight increase in production and export from the continental shelf," he said, adding that the decision was a commercial one.

The EU imports two thirds of its gas. Russia last year accounted for 39 percent of that by volume. Half of the Russian gas transits through pipelines in Ukraine to countries in southern and eastern Europe, the European Commission says.

Moscow cut off supplies intended for Kiev in June amid a bitter price dispute and tensions with the EU over Ukraine. It triggered memories of 2006 and 2009 when Russia cut supplies for parts of Europe, causing widespread disruption and woe during the winter months, especially in former Soviet states.

In anticipation of a new cut-off, the EU is looking for short-term options to replace Russian gas transitting through Ukraine for now, with expanded capacity from Norway or Algeria often floated as possibilities.

Norway already supplies 34 percent of the EU's gas imports and is the top exporter to several western EU states. Algeria is at 13 percent.

Lien said Oslo was not in a position to push companies to sell extra gas to Europe.

"But of course if a more strenuous situation should develop, the prices will probably increase and the operators on the continental shelf will do what they can to bulk up their friends in Europe and maximize their own profit and hence deliver more gas," he said.

The Norwegian met Oettinger the day before a fresh round of EU-brokered gas talks in Berlin to resolve the bitter gas row between Ukraine and Russia.

Several rounds of these talks have failed to produce a solution, against a backdrop of Brussels imposing tougher economic sanctions against Russia as the Ukraine crisis has deepened.