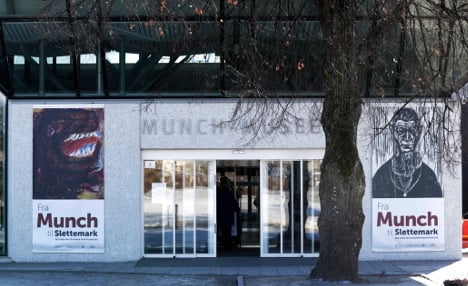 Munch Museum in Oslo, set to move to a new site in the city. Photo: Håkon Mosvold Larsen / NTB scanpix

Aamir Sheikh unveiled his plans which included building a small dome and minaret on the building in order to make any new Muslim museum more visible, reported Aftenposten on Thursday.

The Foundation for Dialogue and Peace used, among other arguments, the Breivik terror attack on 22nd of July to win over key decision-makers in the council in Oslo.
The foundation's application stated: “After the horrible atrocities that took place on the 22nd of July, there is a widespread and strong wish for Norwegian society to behave with more tolerance, more knowledge and greater respect for differences.”
Aamir Sheikh, fronting the foundation, said: “We have quietly worked to establish a Muslim museum for three years and we think that the land in Tøyen is very suitable for this purpose.”
Sheikh says that he will travel to Muslim countries to gather money and support for the project.
“We have already received indications from certain countries that they will contribute. We also sent an application to the Department of Culture,” said Sheikh.
Former prime minister Kjell Magne Bondevik said he is positive to the plans.
Bondevik says: “I will travel around together with Sheikh, if I get time and opportunity to do it.”
Oslo city council head Stian Berger Røsland is also positive to the initiative.
Røsland said to NTB: “But there are several plans for the piece of land. There is, for example, talk of building a science centre there. I can therefore not say whether the municipality will say "yes" or "no" to building a Muslim museum there.”