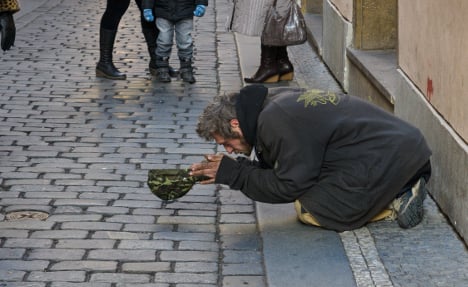 Oslo is deciding whether to implement a ban on street begging. Photo: Shutterstock

Eight of Oslo’s fifteen districts said "no" to a new law that would outlaw begging in Norway's capital's streets. The ban would forbid individuals asking for money in the city centre, close to shopping malls or at public transport stations.

After the latest votes on the new proposal last week, four districts remain undecided about any new law, while only three Oslo districts said "yes" to a ban, reported Dagsavisen.
The districts of Grünerløkka, Old Oslo and St. Hanshaugen – areas where the incidence of begging is high – are among those opposing a beggar ban.
A final decision on a ban will be made by Oslo city council in November this year.
The move to ban beggars was proposed by Norway's Progressive Party (Frp – Fremskrittspartiet).