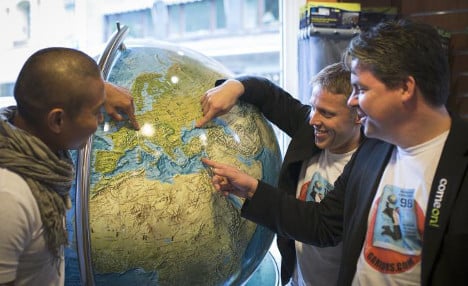 Travel guide Garfors said after the feat: “It was a fantastic journey. We smashed the last record by two countries, and are extremely satisfied with the effort.”
The travel trio began their record trip at the border between Greece and Bulgaria at midnight on Saturday. They rushed through Macedonia, Kosovo, Serbia, Croatia, Bosnia, Slovenia, Austria, Hungary, Slovakia, the Czech Republic, Germany, the Netherlands, Belgium, Luxembourg, France and Switzerland, before the journey ended in Liechtenstein on Sunday night.
Garfors laughed after the world record was saved tonight and said: “It all went smooth, except for a horrible rainstorm in Switzerland, and some problems with a rental car in Greece. We have now been awake for 48 hours straight, so relaxing with a cup of something would be good. Maybe we're just as well to party for the next 24 hours!”
The journey began in dramatic fashion after the team's photographer John Bjarne Lium almost got himself arrested while filming the start of the world record attempt at the border between Greece and Bulgaria. Border guards obviously didn't like being caught on camera by the Norwegian photographer, but luckily it all ended well.
Garfors said: “We like drama and good stories – as long as they end well. And this one really ended well.”
Many Norwegians and travel lovers followed the three men on their official Twitter feed and website (www.teamcomeon.com) during the world record attempt.
Tay and Øyvind reported: “Our main sponsor, the gambling company Comeon, kept the excitement going by setting odds on whether we would set the record or not, and on which countries we would visit on our journey. This made the whole journey even more exciting for us.”
Øyvind was the dedicated driver and Tay was responsible for rations during the trip.
Garfors explained: “We haven't had time to stop and eat, so Tay fed us with salts, sweets, sandwiches and energy drinks. And we have used the diesel fill-up breaks to 'relieve the pressure’ [to pee].”
After a night's rest, the record breaking travellers will fly back home to Norway on Monday afternoon and will land at Gardermoen airport at 7.05pm to a heroes' welcome. 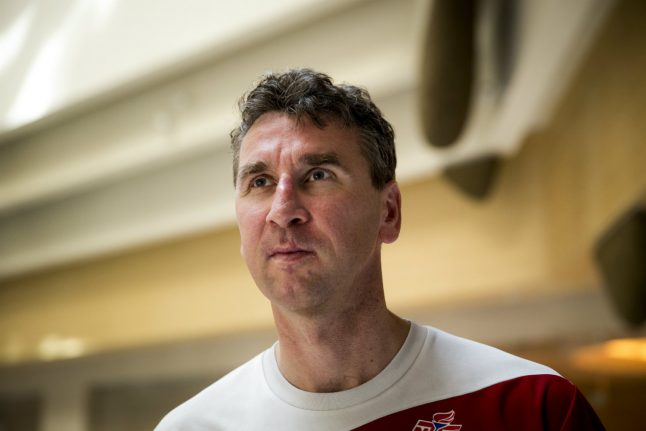 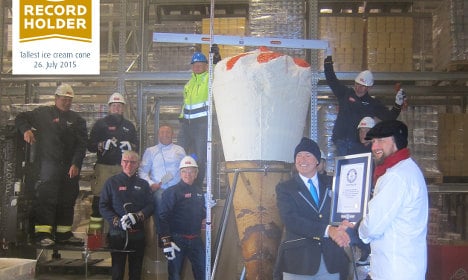