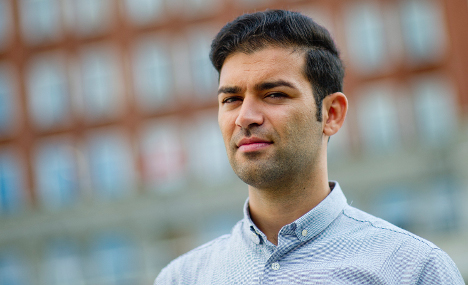 The electoral committee of the leading Labour Party's youth wing nominated Mani Hussaini, 26, on Wednesday to replace Eskil Pedersen, who is not standing for re-election.

A gathering of the left-wing youths ended in a bloodbath on July 22, 2011, when Breivik went on a shooting rampage to fight multiculturalism and a "Muslim invasion", as he would later explain.

Seventy-seven people, many of them teenagers, lost their lives that day, both on Utoeya island near Oslo where the WYL was holding its summer camp and in the capital itself, where Breivik detonated a bomb that killed eight.

Hussaini, a Syrian Kurd who fled to Norway 14 years ago and now has dual nationality, says he has no religion.

"It's an asset to come from Syria because it gives me different perspectives than those I would have if I was born in Norway," he said.

"In Norway, freedom and democracy for example seem obvious, but that's not the case in Syria," he told AFP.

Breivik, 35, is serving a 21-year sentence, which may be extended.