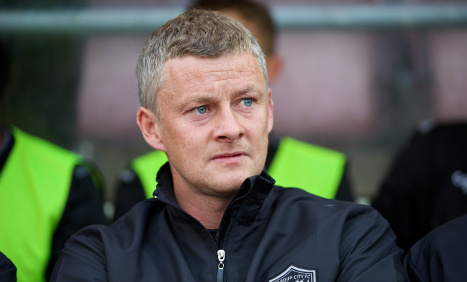 After talks with chairman Mehmet Dalman in London on Wednesday, Solskjær will leave his post on Thursday when an announcement will be made, reported NTB.

A "difference in philosophy" was cited by both Solskjær and Dalman as to why the former Manchester United ace had to go.

Following his resignation, Solskjær said to NTB: “I want to thank Vincent (Tan, club owner) for giving me the opportunity to be a manager for Cardiff City. He has my full respect and I really wish him all the best in his quest to make the club successful. Our difference in philosophy on how the club should be run has made me decide to step down and let the club continue in the direction Vincent wants.”

Tan defended the club's decision: “Ole was hired by Cardiff with an understanding and belief that he would help us prevent relegation from the Premier League. Unfortunately, this didn't happen. After the club went down, many people advised me to let him go, but I decided to keep Ole. Unfortunately our latest result haven’t justified Ole’s role as manager in Cardiff. Ole has decided to step down, and I've accepted it."

Tuesday's home defeat 1-0 to Middlesborough left Cardiff 17th in the Premier League and caps a string of poor results during the Norwegian's nine months as boss, including:

Another candidate for the job, Dundee boss Paul Hartley, said just before Solskjær's announcement on Thursday, he would not leave the Scottish club in favour of Wales.

Solskjær took over as manager of Cardiff on January 2nd of this year. Yet despite signing 17 players in total, the club suffered a loss of form and falling match attendances. For the game against Middlesborough, only 19,711 turned out – the club's lowest for a league fixture in four years.

The Norwegian follows in the footsteps of fellow countrymen Henning Berg and Ståle Solbakken. They got fired from their posts as English club managers after two and eight months respectively.