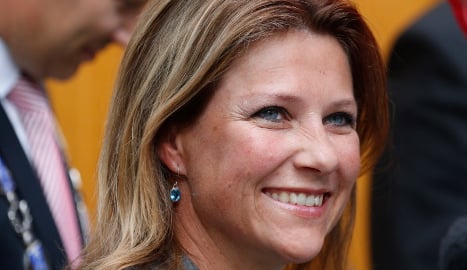 The fifth in line to the Norwegian throne has caused controversy around her, due to her association with US clairvoyant, Lisa Williams.

Williams was in Oslo on Sunday and gave a seminar for Soulspring, the Angel School Princess Märtha Louise co-founded. Williams is world-famous for her claims she can talk with the dead.

Religious leaders were outspoken in their criticism of the Princess in the media.

Acting bishop of Bjørgvin, Jan Otto Myrseth, said to “Vårt Land” that he disapproves of shows that involve acts like Lisa Williams and he especially warns against people who claim to be able to speak with the dead.
Myrseth said of the Princess's decision to work with Williams: “One should not accept offers like that.”

Royal commentators in the tabloid newspaper Dagbladet recently wrote about how the Princess’s shifting roles may damage the reputations of the whole Royal Family of Norway.

Alongside her official role as princess, Märtha Louise has made money over the years as an author, TV show host, and is involved in the former "Angel School" (now Soulspring).
The Princess tried to distance herself from Lisa Williams following the Sunday event. The blog entry representing Märtha Louise on the Soulspring website read:  “We in Soulspring do not communicate with dead souls in our work. And here is where our work is separate from Lisa’s. To be completely honest, we don't see the point of contacting the dead. They passed over to the other side for a reason and should be allowed to stay there.”

The Royal Family remain tight-lipped over events concerning the Princess. Neither the Norwegian King and Queen nor Crown Prince Haakon and Crown Princess Mette-Marit wanted to give comments on the debate around Princess Martha Louise’s different roles, her involvement with Lisa Williams, or the use of her title for commercial interests.

Marianne Hagen, head of communication at the Royal Castle, said to NTB when asked if the House of Royals will give any comment on the scandal: “We will not comment.”
On Monday, the Crown Prince couple visited Drammen to open a project for young people. There they gave a short comment to the press before they continued their journey, but did not say anything about the Märtha Louise debate.