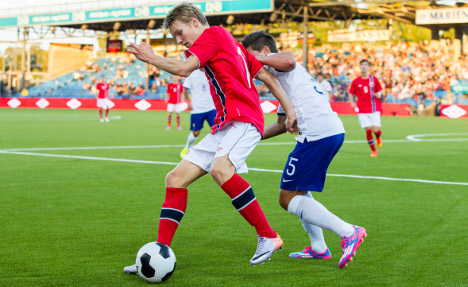 Martin Ødegaard in action for Norway against Portugal in the U21s match in the Marienlyst stadium. Photo: Vegard Wivestad Grøtt / NTB scanpix

Scouts from the English club were watching Ødegaard play against Portugal in the Under-21s fixture on Thursday night. Norway lost the game 1-2, but Ødegaard put on another impressive performance over the full 90-minutes. This international success follows his first international cap won at senior level against UAE last week.

The talented teen currently plays his club football for Strømsgodset, but may be released to join Liverpool, his favourite club. Liverpool manager Brendan Rogers is keen to sign the Norwegian in the January transfer window, said The Metro.

The player was hotly tipped to sign for a major side before the Monday transfer deadline (September 1st), but will continue to play in Norway for the rest of the year at least.

The fee to sign Ødegaard is unknown, but with other top sides – such as Barcelona, Real Madrid and Manchester United – having showed interest in the talented midfielder, he will not come cheap.

The teenage sensation became the youngest player to play for Norway last week at the age of 15 years and 253 days. Ødegaard has played 15 matches for Strømsgodset and scored three goals.

On Tuesday Norway play Italy in the first qualification match for the Europe Championship 2016, to be held in France. Norway coach Per-Mathias Høgmo has ruled out Mats Møller Dæhli after picking up an injury during the England match on Wednesday. Ødegaard is being discussed as a possible replacement to come into the squad.

“I have shown what I can do. If they need any of my skills, I will be happy to say yes,” said Ødegaard. 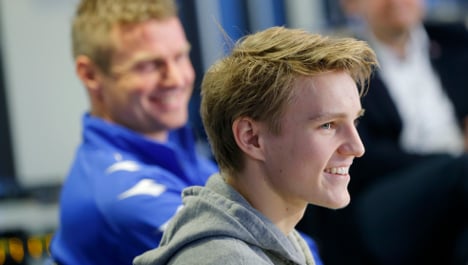 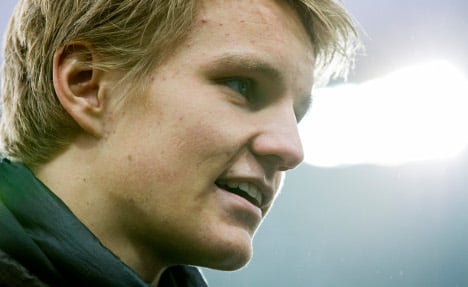