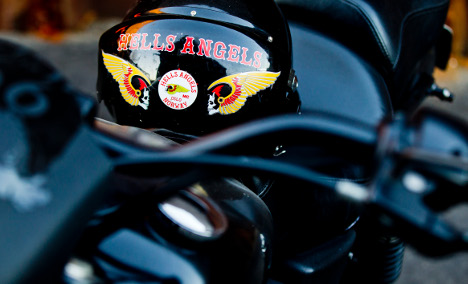 The Hells Angels insignia on a motorbike belonging to a gang member in Norway. Photo: Vegard Grøtt / NTB scanpix

Police arrested a Hells Angel in the Tromsø club house, in the Arctic Circle, on Wednesday. The man in his twenties has been charged with attempted robbery with violence.

Tromsø police informed the media the Hells Angels’ headquarter in town was ransacked in connection to two criminal cases.
Police reports that: “In one of the cases, a man in his twenties was arrested and charged for attempted violent robbery. In the other case, there was seizures of illegal camera surveillance equipment.”
The arrested man is thought to be a member of the Hells Angels gang in Tromsø according to police. The investigation is ongoing with questioning and looking over seized evidence.
Police chief Einar Sparboe Lysnes said to NRK: "We got the go-ahead from judges to raid the Hells Angels headquarters due to suspicion of illegal camera surveillance in the area."
Police were armed during the operation after previous raids of Hells Angels clubs in Norway proved dangerous.
Lysnes said: "Fire arms have been found before at their headquarters. I therefore ordered an armed task force."
The Hells Angels have motorcycle clubs around the world and have been considered by many as an "outlaw" group due to their reputation of criminal activity and raucous behaviour.