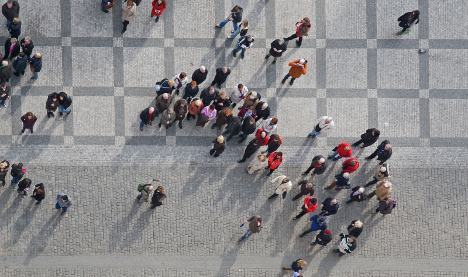 All have received  legal notification that they must leave Norway, but have stayed over the deadline. Several of these are regular asylum seekers having had their asylum applications declined, but there are also around 550 persons sentenced for crimes who should have been deported from Norway, according to Aftenposten.
Around 5,000 persons are sitting in asylum reception facilities, and 9,000 are staying elsewhere in Norway.
Cecilie Johansen, head of communications at PU, said to NTB: “There are many [people] who we don't know where they are at any time. Many of those [people] move around a lot.”
In a report produced by PU together with the Norwegian Directorate of Immigration (Utlendingsdirektoratet – UDI) and the Norwegian Directorate for Correctional Services (Kriminalomsorgsdirektoratet), the paper stated it is a security problem for the authorities that an unknown number of foreigners with false or unknown identities are staying in Norway.
The Norwegian Organisation for Asylum Seekers (NOAS) reacted to the statement from the police that people without known identities are a security problem.
Secretary general in NOAS, Ann-Magrit Austenå, said: “This is an exaggeration. Some of them may pose a security risk, seen from the viewpoint of the police and the security authorities. But claiming that this compound group in itself poses a security risk is not right.”