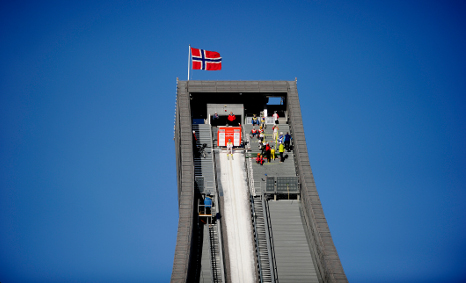 Passers-by found the person on the ground near the ramp and police were called to the scene at around 9.30pm on Sunday evening. The person was confirmed dead at the site.

Oslo police chief André Kråkenes said to NTB: “From the information we have gathered at the site, we conclude that it's about a failed base jump.”

Forensic experts were called to the scene to find clues as to who the person was and how the person had died.

Kråkenes said: “The police at the site are now talking with people who were in the area. Up to now, we have not found other base jumpers. We still don't know whether the person was alone or with others when the fall happened.”
The person found had identification papers and the next-of-kin are to be notified.