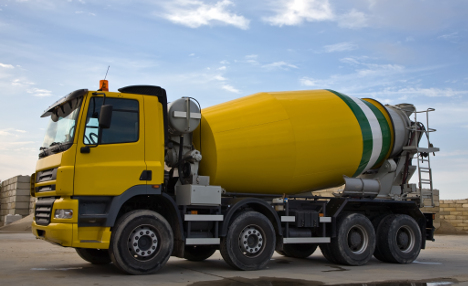 A Norwegian from Nord-Trøndelag used his cement truck to pour ice water over his head for a unique Ice Bucket Challenge. Photo: Shutterstock

Lars Christian Rødal told TV2: “A friend from Scotland challenged me to do the Ice Bucket Challenge, but I thought a bucket was too wimpy. I wanted something a little more extreme.”

The Norwegian, a cement mixer driver by profession, used his truck for a unique take on the challenge that's currently trending across the world.

In just 30 minutes, the truck's tank was filled with ice cold water and Lars Christian sat ready on a chair. In just 30 seconds, 7,000 litres of cold water was flushed over the man.

Rødal said after the stunt: “It hurt! I lost feeling all over my body.”

The Norwegian also donated some much needed funds to the ALS charity. Rødal said: “I have myself donated 600 kroners ($100) to the American ALS association. I don't have a close relationship to the disease, but I think it is great that ALS gets attention.”

Celebrities, politicians and ordinary people from all over the world have taken the Ice Bucket Challenge.

The feat involves a bucket of ice water and ice cubes poured over your head and every challenge helps raise awareness to the ALS disease. Those taking their share of water over their heads are also encouraged to donate money to the global charity.

The Ice Bucket Challenge began in the US and the American ALS association has received more than half a billion kroner to date.

The Norwegian support group for ALS didn't notice much impact at first from the challenges taking place in Norway. However, the group saw a sharp change of fortunes last week when many donations poured in to the charity.

Head of the ALS group in Norway, Mona Bahus, aimed to collect enough money to launch an ALS foundation. The group has already hit that target after the organization received to date more than 100,000 kroner ($15,000).

Bahus said: “I think this is completely unreal. I felt everything was a bit slow because we are on the periphery to being barely a group at all. It has completely taken off during the last 24 hours and now I feel that we are something! And that means being "something" for ALS in Norway.”