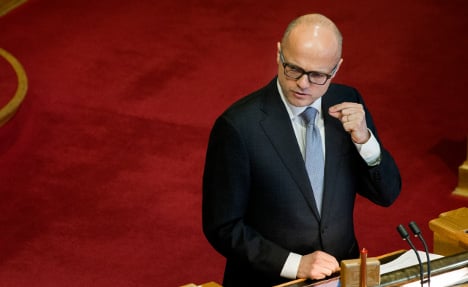 A fight between the two countries broke out earlier this summer over funds donated by Norway to Hungarian charity groups. Hungarian government inspectors raided several non-governmental organizations it considered politically biased against the current leaders.

The Hungarian government for its part accuses Norway of giving money to organizations that finance the political opposition party LMP. Norway is withholding around 1.3 billion kroner ($210 million) in subsidy funds, a decision that has angered Hungary.

In a letter to the Financial Times, Minister for EU Affairs Vidar Helgesen wrote he was disappointed and surprised by the lack of response from the EU to political developments in Hungary.
Helgesen said to broadcaster NRK: “We are very worried about what we have seen developing over several years – an undermining of democracy and the country's laws. We now appeal to the EU to not keep silent about a hollowing out of democratic values in an EU member nation.”
He refers to changes in the Hungarian constitution and election laws strengthening the power of the prime minister, Viktor Orbán. He also accuse Orbán of attacking the freedom of the press and harassing charity organizations.
Helgesen said: “This week we have turned to all member nations and encouraged the EU to consider measures. Norway has taken the step of stopping payments of European Economic Area subsidies [to Hungary], because we don't want to contribute to financing the development we are seeing in Hungary.”
Clarification: An earlier version of this article quoted Vidar Helgesen as saying he "encouraged the EU to consider sanctions". This was also reflected in the original headline. We have amended the translation of the Norwegian-language quote to read "measures" rather than "sanctions".