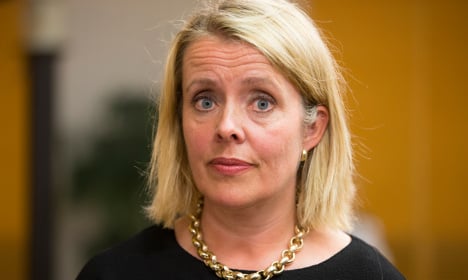 Dagbladet reported they know the identities and backgrounds of four Isis terrorists with nationalities outside of the Middle East. The group were on their way to Norway and this triggered a terror alert on July 24th, according to newspaper sources.

The Norwegian intelligence agency on July 18th was warned by a foreign agency that a terror attack against Norway was expected. At the same time, PST (the Norwegian police security agency) received notification from another cooperating agency of a planned terror attack against Norway.
It is not known where the terror attack was supposed to happen, but information indicated that the terror operation would be on a large scale and would spread fear around the world.
Security and intelligence organizations in Europe were sure the four Isis terror suspects travelled to Athens in the middle of June this year, but that was where all traces ended. No intelligence source knows where anyone of the four are now, but the message to the Norwegian secret services was that they were heading north.
An insider close to the situation at the time said to Dagbladet: “We didn't know if it would be the four described in the Interpol notifications who would strike. Or if it could be a diversionary exercise. There was no reason to assume that the individuals going to Norway would travel together. If Norwegian authorities went forward with such information, it could have created more confusion.”
According to Dagbladet, Norwegian security authorities received information from cooperating agencies abroad, indicating that the terror alert prevented the alleged Isis terrorists from coming to Norway. But even though the terror alert is not as visible in Norway today as it was over summer, it is assumed the threat of a terror attack against Norway is not over.
The justice department, the Norwegian Intelligence Service and PST have all declined to comment on the report.