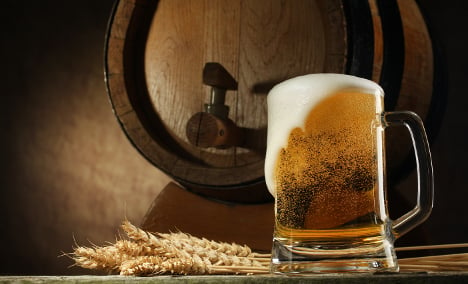 Mack brewers of Tromso, makers of the offending ale. Photo: Still Life with a keg of beer and beer in the mug . Shutterstock

Mack brewers, based in Tromsø, produced the “Isbjørn” (“Polar beer”), but a flaw in the manufacturing process created a drink with stomach-churning properties.

It was found that contamination in the bottling system led to a bad odour in many of the beer cans. A build-up of lactic acid in cans led to an unpleasant smell of sulphur and rotten eggs. The contamination was particularly rife when the weather was at its warmest this summer.

Local newspaper Harstad Tidende reported on Thursday that Mack had sold tens of thousands of cans of the "fart-smelling" drink.

In reaction to complaints, Mack has over the last few weeks tried to withdraw all “Isbjørns” produced on July 21st and 22nd this year.

Roger Karlsen, Mack's director, said to Harstad Tidende: “These bacteria are not dangerous. They are normally used in acidic milk products, such as yoghurt, but can give an unpleasant smell and taste in beer. The smell can be like anything from lemon and vinegar to rotten fish. It is something caused by, among other things, decomposition of the proteins in the beer.”
The last time Mack brewery had a similar incident was in 2013, but Karlsen assured customers incidents like this happen very rarely.
Any customers who purchased 12-packs of the “Isbjørn” beer could have received cans of foul-smelling liquid. The brewery has attempted to retrieve all cans, but has not got them all back yet. The affected beer has an expiration date of October 22nd and 23rd. Customers who have bought the beer will get their money back from the brewery, Mack said.