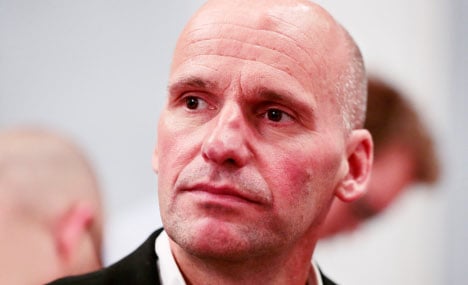 The 23-year-old murder suspect is set to be transferred from Holland to Norway and reached agreement to allow Lippestad to represent him, it was confirmed on Tuesday.

Kristiansen handed himself in to Rotterdam police on Monday after fleeing an 11-day manhunt for his arrest in Norway. The Norwegian is charged for killing his stepfather, Bjarte Hansen, 58, in Øyer, Oppland on the night of August 14th. The remains of his stepfather was found in a campfire in the Hafjell mountain area on the same night.

Police have revealed Hansen died from stab-wounds and the murder likely occurred in the apartment that Kristiansen and his stepfather shared, reported VG. Police will not confirm the cause of death until the autopsy is finished.

On Tuesday afternoon, acting police chief, Olav Sørby, informed Kristiansen agreed for lawyer Geir Lippestad to represent him when he is returned to Norway.

Lippestad said to NTB on Tuesday afternoon: “I have not spoken with my client yet, but I am about to write a letter to South-Gudbrandsdal district court. In this letter I will ask to become appointed – according to Kristiansen's own wish – as his defence lawyer.”
Kristiansen has been questioned by Dutch police since Monday. Norwegian police will not comment on whether the suspect admitted murder or has brought to light other important information connected to the murder. There will be further questioning when Kristiansen arrives in Norway.
Lippestad said that he will consider going to Holland to meet his client. That decision depends on how quickly the 23-year-old will be transferred to Norway.
Kristiansen currently has a temporary defence lawyer in Holland assisting him while in custody and helping with the court meetings to arrange his transfer to Norway.
Police still do not know why Kristiansen fled to the Netherlands. Sørby said: “We know that he travelled to Holland on Friday evening, the day after the body was found, and that he arrived the same evening. We don't know why he went there.”
Last week a 21-year-old friend of Kristiansen was arrested and imprisoned for perverting the course of justice in the murder case. He is also suspected of assisting to the murder. Among the evidence is traces of blood in the car that the 21-year-old drove on the night of the murder.