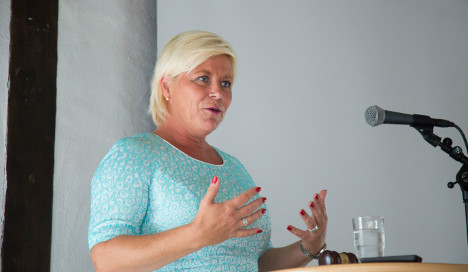 The Norwegian oil fortune by the end of 2014 is estimated to grow several hundred billion kroner larger than the government predicted in May this year. Dagens Næringsliv reported on Monday the extra revenue is around 500 billion kroner above earlier estimates.

Prior to the budget conference to be held in Oslo on Wednesday and Thursday this week, government officials were given secret files highlighting the large growth in Finance Minister Siv Jensen’s wealth fund.

The documents showed the government can expect increased spending power in the budget proposal for 2015 which will be presented on 8th October.
The growth of Norway's oil fortune means government spending, based on the same 2.8 percent of the fund spent on this year's state budget, will contain more than 20 billion kroner of extra money.
The last public calculations from the Norwegian Department of Finance were presented in the revised national budget, announced in May this year. In this report the value of the Oil Fund was estimated to be 5,500 billion kroner at the beginning of 2015.