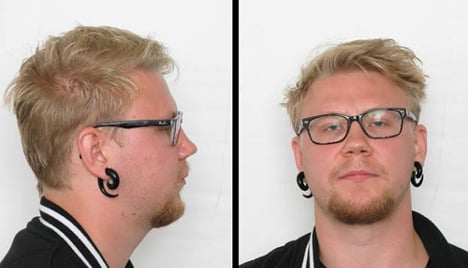 Kim Andreas Kristiansen, the stepson of murdered Bjarte Hansen, has been on the run since last week. Norwegian police released the news that Kristiansen is currently in custody in Rotterdam, Holland.

The 23-year-old gave himself up to Dutch police on Monday morning after 11 days evading capture. He will remain in custody in Rotterdam for two weeks before he is moved to Norway, said NTB.
Roland Ekkers, a Rotterdam police spokseman, said to VG: "[Kristiansen] came in and said he is a wanted man. We found him in our files and he was arrested."
Kristiansen was arrested at 1pm on Monday.
Norwegian police chief Olav Sørby confirmed during a press conference on Monday: "[Kristiansen] has been [in Rotterdam] a few days after he was wanted in Norway."
Kim Andreas Kristiansen is charged with killing his 58-year-old stepfather, Bjarte Hansen, in Øyer, Oppland on the 14th August. The charred remains of the dead victim were found in a campfire in the Hafjell mountain area last Thursday.
Last week a 21-year-old friend of Kristiansen was arrested and imprisoned for false explanation in the same case. He is also charged with participating in the murder.