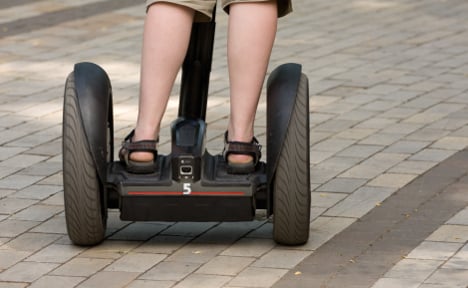 The incident happened on Friday after a man was apprehended by police in Oslo, reported Aftenposten. He is likely to be the first person in Norway to be caught and charged for drunk driving on a Segway machine.

Police received calls from several people in Tjuvholmen, Oslo, complaining about the strange behaviour of a man trying to drive a Segway. When police arrived on the scene, they suspected intoxication through alcohol as reason for the situation.
Blood samples were taken from the man, but results are not yet known.
Police traffic chief, Finn Erik Grønli, said: “The man is charged for his driving. The case will be investigated further.”
Grønli reminded the public the alcohol limit in a person's bloodstream is 0.2 per mille and also applies to those who ride a Segway.
He said: “I hope that we don't have many drunk people on Segways now. These [vehicles] are to be regarded the same as other vehicles when it comes to drink driving. An accident can result in injuries, both for people and the vehicles.”
Oslo police has heard of no other cases of people caught for drunk driving on Segways since the ban on two-wheel vehicles was lifted on July 1st this year.