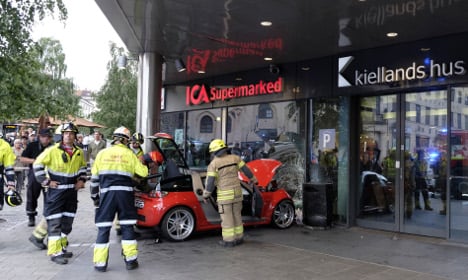 The driver collided with another motorist at the roundabout on Alexander Kiellands plass in Oslo city centre on Tuesday evening. After losing control of the car, the vehicle continued into the nearby Kiellands Hus shopping centre.

The unnamed driver crashed into the building's main doorway and was slightly injured.

Police chief Frode Romsloe said to NTB: “Two cars were involved.” He confirmed the cars hit at the roundabout before one of the drivers lost control over the vehicle and continued into the entrance of the mall.