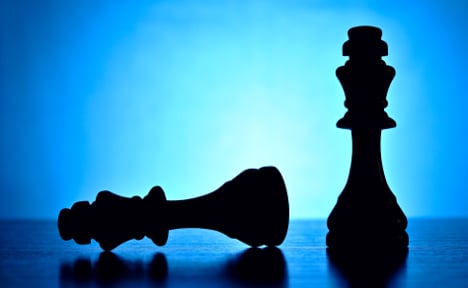 A second man has died at the Chess Olympiad in Norway. Photo: Shutterstock

Police and medics were called to one of city's top hotels after  45-year-old chess player Alisher Anarkulov from the Uzbekistan team was found alone in a hotel room at 10.30pm.

The The winner of the world chess championship among athletes with disabilities in hearing and vision is the second chess participant to die on the same day, after a 67-year-old man collapsed and died in the main play arena while playing his match yesterday.

Anarkulov was found in the Radisson Blu hotel in Tromsø on Thursday evening after the Olympiad closing ceremony, a reporter from iTromso confirmed to The Local.

Police chief Gunnar Baardsen said to NTB: "There is no suspicion about anything criminal going on. This is a natural death."

Jarle Heitmann, head of communication for the Chess Olympiad, confirmed to the newspaper “Nordlys”, a person was found dead on Thursday evening, but ask people to contact the police for more information.
On Thursday, in the main chess tournament hall, Kurt Meier, a Swiss-born member of the Seychelle's chess team died of a heart attack at around 4pm. Panic spread among players and spectators when some mistook the medic's defibrillator for an armed weapon and a terror attack was feared. Play was delayed for a few hours at the Olympiad on Thursday.