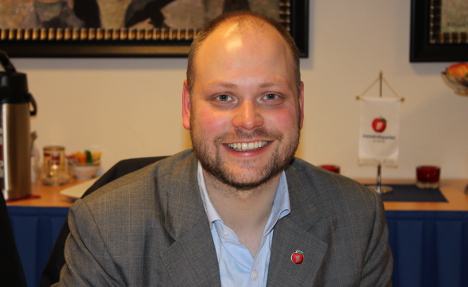 Foreign affairs spokesman Kristian Norheim is open in his support of israel and recently attended a pro-Israel rally in Oslo at the weekend, organized by "Med Israel for Fred" (MIFF). The MP revealed he and his family received targeted threats and that he passed these threats on to PST (the Norwegian police security service).

“The threats are about someone who will come to get me and that I will go through the same as the civilians in Gaza,” Norheim said to the newspaper “Varden”.
The politician also told the media he personally got in touch with one person threatening him and his family. It was discovered the threats were not genuine.
PST will not comment as to what they intend to do about the threats to Norheim and his family, reported NTB.
Norheim showed pro-Israeli support in the debate centred around the conflict between Israel and Hamas. On Sunday, he made an appeal outside the Norwegian parliament in Oslo when 500 demonstrants from MIFF gathered in support of Israel.