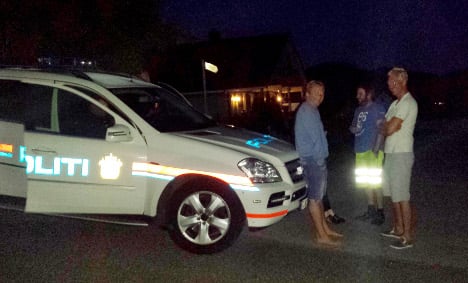 The man has been charged for several crimes in the past. In 2012 he was sentenced for keeping a dynamite rod, said NTB.

He admitted to being guilty duing his trial two years ago, but claimed in court that he was going to use the dynamite for fishing.
He was also sentenced in the same trial for violent behaviour, threatening and suppressing another person’s freedom. He was also previously charged on other occassions for burglary and keeping weapons illegally.
A 23-year-old woman, also arrested on Wednesday, only received a suspended sentence for lesser crimes.
The police also seized several weapons in the apartment after arresting the couple.
Police came to the apartment in Siljan to investigate suspicion about the theft of several weapons. During the search, they found a homemade bomb in the apartment weighing around 1kg, consisting of TNT with a fuse attached to it.
The police bomb unit in Oslo was called to the scene and defused the bomb.
On Friday the couple will be sentenced. Sentence is likely to be four weeks jail for the man and two weeks for the woman.