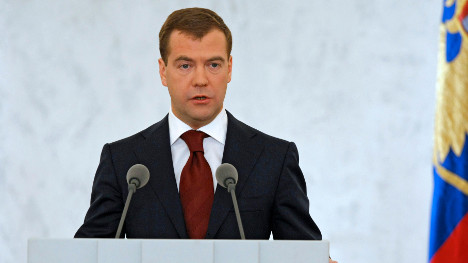 Russia's Prime Minister Dmitry Medvedev announced an immediate import ban on meat, fish and dairy items from EU, US, Australia, Canada and Norway. The import ban will be in place for one year from Thursday.

The import ban includes meat, milk and dairy products, as well as fruit, fish and vegetables. It targets all countries that have taken punitive measures against Russia, including the US, EU members, Australia, Canada and Norway, Reuters reported.

Russia is the largest and most important export market for Norwegian seafood. It is mainly herring and mackerel, but also salmon and cod are exported from Norway to Russia, according to the Norwegian Ministry of Trade, Industry and Fisheries.

Last year Norway exported salmon worth 4.2 billion kroner Russia. The export of Norwegian salmon to Russia increased 19 percent in July, compared to the same month last year.
Odd Lorentz Strøm, director of fish farming company “Nova Sea” said to NTB: “Russia is mostly self-sufficient with agricultural produce, but is badly covered when it comes to seafood. This means that the Russian consumer will also notice the import ban.”
Professor of Law at Norges Fiskerihøgskole (Norwegian College of Fishery Science) at the University of Tromsø, Peter Ørebech, believes that Norway has an opportunity to protest against the import ban.
He says: “If Russia refuses after a protest from Norway, then Norway will have an opportunity to bring the case in to a tribunal authority at the World Trade Organization. This instance will decide whether such a ban is legal or not. What is critical, is the motivation behind the ban.”

Russian officials were on Wednesday requested to decide on a list of western agricultural products and raw materials to be banned.

EU countries, Norway and the US last week stepped up punitive action against Russia in response to Moscow's support for rebel fighters in Ukraine, which has been continuous despite the downing of Malaysian airliner MH17.

Russian banks have been banned from Europe's capital markets, while the country's defence and energy companies will no longer be able to import western technology equipment that could have been used for military purposes, fracking or Arctic oil exploration.