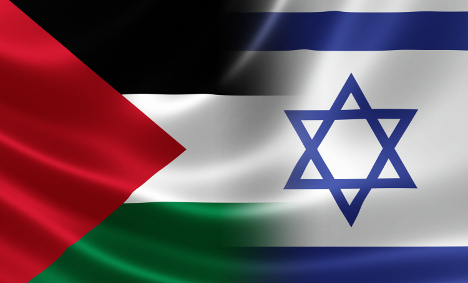 The organization “With Israel for Peace” (MIFF) will gather in front of the Norwegian parliament in support of the people of Israel and their country's occupation of Gaza. A similar protest in 2009 lead to street fights in Oslo.

The organization has seen a large rise in membership during recent weeks and they now have around 8,000 members.

Conrad Myrland, leader of MIFF, said to “Dagen” that the organization has had a good dialogue with the police ahead of Sunday's demonstration.

But fears for trouble flaring are prevalent for protestors and the police. When MIFF arranged a similar event in January 2009, angry opposing protestors attacked the Israeli sympathizers. Police lost control of the situation and had to use tear gas and dogs. A support marking in November 2012 took place which was peaceful.

Myrland said: “I expect leaders of opposing organizations and mosques to calm their members, and everyone should respect people being allowed to express their viewpoints in a peaceful way.”
Police chief Ole Jacob Smerud at the section for common operations in Oslo police district says that the police does not differentiate between this arrangement and other arrangements. Smerud said: “We will implement a level of alertness that is necessary for security.”
Smerud believes Israel supporters will be safe in Oslo come Sunday.
“We have no indications that anything will go on, except the small risk that is always present. We want to take good care of those participating the arrangement.”