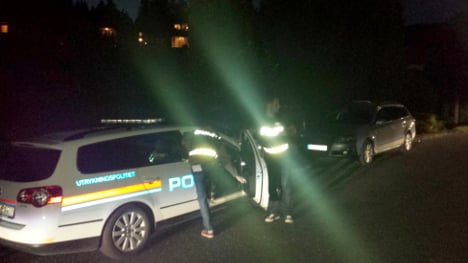 A live bomb was found around 10pm on Wednesday evening in a residence in Snurråsen in the Siljan municipality of Telemark. It was successfully defused by bomb experts during the early morning on Thursday.

Just under 100 people were evacuated from their houses and a 100 metre exclusion zone was put in place by police. The nearby Midtbygda school was used as a meeting-point for evacuated residents who were given the go-ahead to return to their houses at 2am on Thursday.

A bomb disposal unit from Oslo was called to the scene. Police searched for more explosives, but have confirmed no more were found. Illegal drugs were found among the bomb.

Police chief Vidar Aaltvedt said to NTB: "The police arrested two people. The neighbours of the house are now notified and evacuated from the place."
The arrested people are being held at the police detention centre in Skien and will be questioned overnight. According to Aaltvedt, the two arrested people are a couple of co-habitants known to the police as criminals. They are aged 33 and 23.
"We have this far not been able to formally question the arrested persons," said Aaltvedt. Further questioning will take place on Thursday.
The police are not connecting the bomb to an extremist terrorist threat, said NRK. Head of information at PST, Trond Hugubakken, confirmed to "Telemarksavisa" PST has routinely been notified.
Snurråsen is a residence neighbourhood consisting of around 100 homes, reported Telemarksavisa.