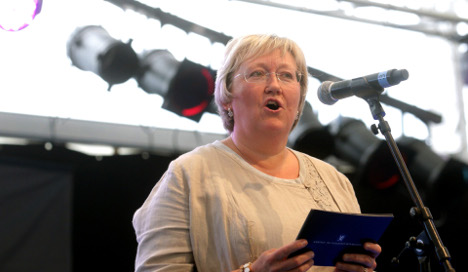 Minister of Fishery, Elisabeth Aspaker (Høyre - The Right Wing Party) confirms that there is a conflict with Russia about fishing crew fees. Photo: Per Tormod Nilsen / NTB scanpix

Russia is threatening to file a complaint against their neighbouring country, a central source has said to the Russian news bureau, Interfax.

The dispute is focused on the fee paid to the fish sales organizations in Norway for Russians to be allowed to sell fish in Norway.

The source said to Interfax: “The case is about obligatory membership fees to fish sales organizations that Russian businesses are not, or do not intend to be, members of.”
Maksim Medvedkov, director of trade in the Russian department of development, confirmed Russia will file a complaint to the WTO, without specifying which country they would complain about.
Minister of Fishery, Elisabeth Aspaker (Høyre – The Right Wing Party) confirmed the conflict to the newspaper “VG”.
Aspaker said: “There has been contact between Norwegian and Russian authorities about the Norwegian sales turnover system for fish. All fish that is delivered in Norway – regardless of whether it is delivered by Norwegian or foreign fishing boats – has to pay a fee to the sales organizations.”