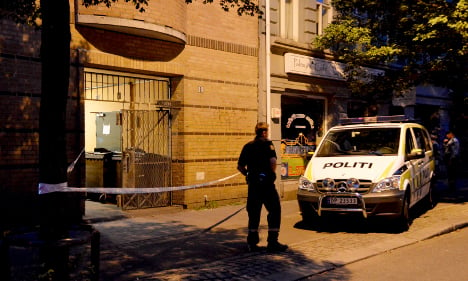 The young man, a Norwegian national, was previously known to police, Oslo police officer Andreas Strand told AFP, without specifying his role in the attack.

The suspect denied all accusations, according to Strand. Nehma Ali Shah, the imam of the Central Jamaat Ahle-Sunnat mosque, was attacked with a "sharp object" by a masked assailant close to his home on June 17.

The motive was still unknown and witnesses told police there was a single attacker.

Norwegian police have already arrested a Norwegian man of Pakistani origin on June 30 on suspicion of being either the perpetrator or an accomplice in the assault.

The Jamaat Ahle Sunnat mosque has been caught up in an internal power struggle, with some questioning the imam's leadership.

In 2006, several men attacked worshippers at the mosque during prayer time, injuring four.

Shah has repeatedly condemned religious extremists, and made a 2006 visit to the Oslo Synagogue after shots were fired at the building.

However he also attracted controversy last year when he claimed that Norwegian media were controlled by the Jews.