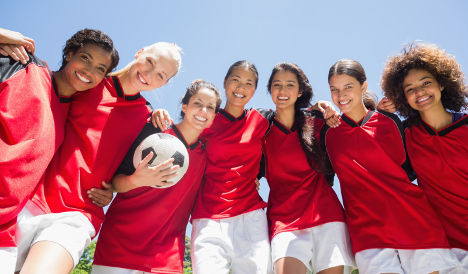 Norwegian Erling Andreassen from Vang died at the age of 91 on 12th July this year. A boyhood fan of FL Fart, Erling left around four million ($636,000) plus the proceeds of his house sale to the girls.

The club from Vang outside Hamar – home to also a men’s team and youth sides – received a letter from Hedmark district court, revealing the inheritance.
Trond Kristensen, FL Fart’s chairman, said to “VG”: “ Many people may be envious of us now. We have 2.8 million kroners in debt having built a state-of-the-art training facility, clubhouse and four new pitches. All past club chairmen I have spoken with, think it is in order to pay the debt and put the rest in the bank.”

The club can now pay off all their debts and build for a bright future after their number one fan’s generous gift.

And what of Erling Andreassen himself? A supporter of FL Fart all his life, he was a former player with the men’s team and later became a trusted advisor to the club’s fortunes. He was also known for his volunteer work to maintain the FL Fart’s success and standing.

Erling lived close to the club’s Fartbana stadium and now, although sadly passed away, his spirit lives on in FL Fart’s future.