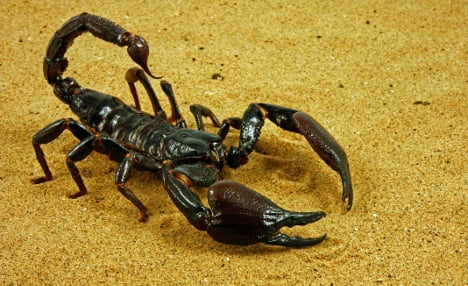 The dangerous passenger was on a Norway-bound ferry that departed from the northern Jutland town of Hirtshals on Tuesday.

When the Fjord Line ferry was just a few hundred metres into its journey, an eight-year-old Norwegian boy was stung by what several witnesses reported was a scorpion, forcing the ferry to return to dock.
The boy was treated and released from the hospital.  The ferry was able to resume its journey after an hour’s delay. According to TV2 Nord, the boy later described the scorpion as being six to eight centimetres long and mostly red in colour.
Fjord Line spokesman Gert Balling said the incident occurred without much drama.
“I spoke with the Falck paramedics after the incident and they said that the boy was taken to hospital and that he is doing fine. They took it very calmly and the bite or sting was similar to a bee sting. Numerous witnesses saw a scorpion-like creature run away from the boy,” Balling told Nordjyske.
Scorpions are not typically found in Scandinavia due to the cold climate. As of Tuesday evening, there was no word if the ‘scorpion-like creature’ had been found.