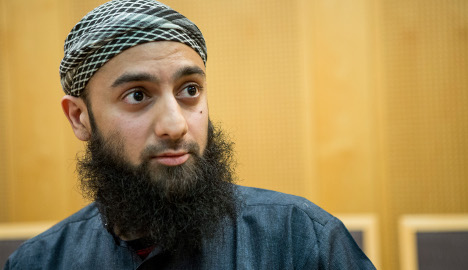 Ubaydullah Maroof Hussain. Photo: Thomas Winje Øijord / NTB scanpix
Arslan Ubaydullah Maroof Hussain is an Islamic leader living in Norway, and the former spokesperson for religious group "Profetens Ummah".
Hussain says to TV 2: “Those who fight in Syria are focusing on the areas of Syria, Iraq and the countries in the vicinity. They have more than enough to do down there concerning an established Sharia regime and their focus is on protecting it.”
He believes that the US or Israel in one way or another stands behind the terror threat against Norway.
Hussain said: ”This is pure propaganda and it contributes to stigmatisation against Muslims, in addition to moving the focus away from the Palestine conflict. The Norwegians fighting in Syria have the same opinion. Many of those I have talked with down there say that this is most probably done to hide the Israeli abuse of power and the occupation of the Gaza Strip.”

Lars Gule, a researcher on extremism and Islam, believes however that it is the Islamic State (IS) standing behind the threat against Norway.

Gule says to TV 2: “It is most probably the IS standing behind the threat. This militia group in Syria and Iraq has an ideology making them fight globally, even though they are now concentrating upon what happens in Syria and Iraq.”
PST, Norway's police security force, did not wish to comment.