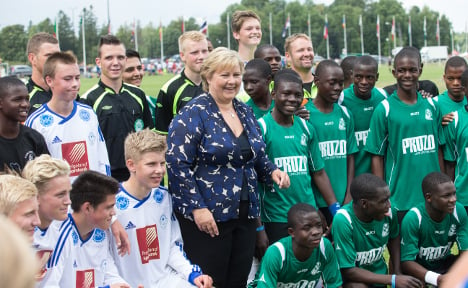 Around 10 youth football teams have pulled out of the Norway Cup over safety concerns. The event has over 5,000 teams from all over the world participating and around 30,000 soccer enthusiasts are expected in Norway for the games.

Four of the teams who dropped out were Norwegian, from Hordaland, Grue in Hedmark and Isfjorden in Møre og Romsdal.

Fears were expressed by fans and media that a national terror alert announced last week could spoil the event.

A reduced national security threat was announced on Sunday by Norway's security police PST, but the organizers of the Norway Cup said on the Bloomberg news channel they had worked closely with security services to ensure safety. Uniformed and undercover police officers are patrolling the sports fields, carrying guns.

“The terrorists want to create anxiety and fear. The best we can do is stand together and not let it affect us,”Solberg told reporters.

The Norway Cup has been held annually since 1972 in Oslo. The tournament runs from Sunday 27th July until August 2nd.