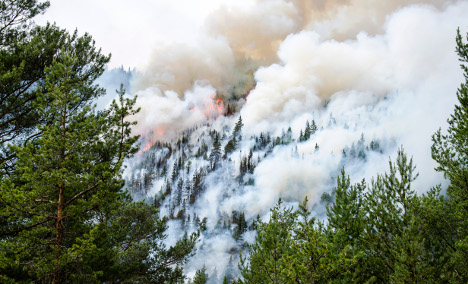 The Meteorological Institute of Norway has reacted to the recent above-average summer temperatures and assessed the situation as "high risk".

Key areas at risk include:

The Meteorological Institute stated the risk of forest fires will be high until significant rainfall arrives in the affected areas.
There has already been several forest and heather fires in Hedmark and Eltdalskaret in Engerdal. The police published on Twitter lightning igniting vegetation was the cause.
Fire inspector Ståle Nilsen, of Hamar fire department, said to the newspaper Hamar Arbeiderblad: “We warn everyone against making open fire in the wilds. I must remind people of the complete ban against making camp-fires in the wild between April and September.”