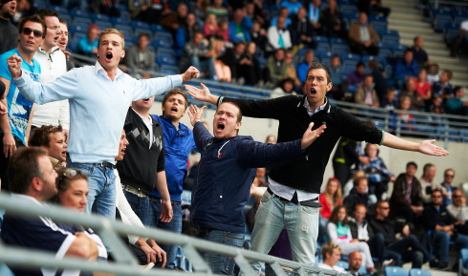 The incident happened during the match between Viking and Sandnes on 16th of May at the Viking Stadium, Stavanger. A fuze was illegally fired from the stand by a Viking supporter.

The Norwegian Football Association reported Viking FK to the sentencing and sanction committee. On Wednesday the club was sentenced based on the evidence provided.
The report concluded the club was responsible for a lack of fan entry control and security staff did not check supporters' hand baggage.
It is prohibited to bring fireworks or similar explosive devices to the stadium. Viking FK were fined 15,000 kroner.
The club has been punished for similar infringements in the past.