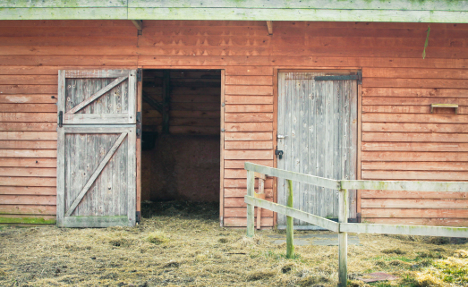 The 13-year-old plunged nearly two meters to his death from a barn floor on a local farm. He landed on the concrete floor of an unused manure pit.

The teenager was found by the people living on the farm who called emergency services. He is reported as being alone before the accident.

The fire department arrived on the scene after midnight and tried to resuciatate the boy, but he was confirmed as dead.

Fire-fighter Stig Olsøyen said: "We tried resuscitation with a defibrillator. We did this until the ambulance personnel arrived."

Police officer Ebbe Kimo said to news website Addressa.no: "The accident was caused by a fall. The victim went through the barn floor of the farm, fell one-and-a-half meters and landed on a concrete floor."

It is unknown how the boy came to be in the barn or what caused his fall.

"There is no indication that this was anything other than an accident," said Kilmo.

Forensic scientists have been to farm and performed an examination of the area. The police have also begun a routine investigation.

The boy’s next of kin have been informed.