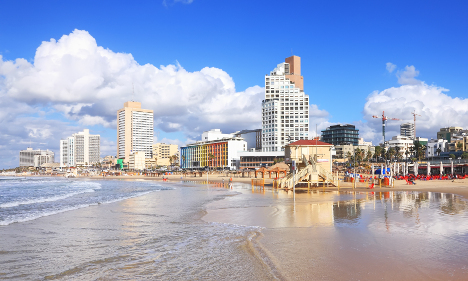 Israel is out of bounds for travellers on Norwegian and SAS flights. Photo: Panoramic view of Tel-Aviv beach Shutterstock

Norwegian has cancelled all flights to and from Israel until further notice.

Charlotte Holmberg Jacobsson, press manager for Norwegian, said to NTB on Tuesday: "We have now cancelled our flights to and from Israel until we know more. The situation has escalated today and we do this for safety reasons on behalf of our passengers and staff."

Scandinavian Airlines (SAS) has cancelled their next two flights to Tel Aviv and may consider cancelling more flights.

Trine Kromann, SAS's head of press, said to NTB on Tuesday: " We decided to cancel one flight from Copenhagen tonight and one flight from Stockholm tomorrow in the morning. We will consider cancelling other flights tomorrow."

Norway's Ministry of Foreign Affairs did not give the airlines any advice or instruction with regard to travelling within the designated airspace.