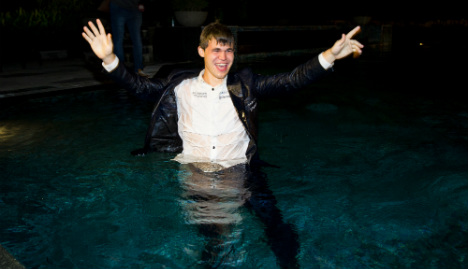 The row coincides with a power struggle for the presidency of Fide, which should be decided during the games.

The announcement this week that the Russian women's team, current Olympic champions, and nine other teams would not be able to participate in the games — to be held in Tromsö in northern Norway from August 1 to 14th — stirred controversy.

The organising committee justified its decision arguing that the teams failed to meet the June 1 registration deadline.

"Fide cannot accept the way that the Organising Committee is treating many national federations by delaying registrations, visa invitations and ignoring Fide decisions, regulations and signed contracts," Ilyumzhinov said in a letter sent to the Norwegian organisers and published on the federation's website.

The Russian head of Fide alluded to the power the regulation grants him to overrule the organisers and to let the Russian women's team and eight other small federations — Afghanistan, Gabon, Pakistan, Cambodia, the Central African Republic, Ivory Coast, Oman and Senegal — to participate in the games.

The name of the remaining federation affected by late registration has not been revealed and was not mentioned in the letter.

"We have received the letter and we won't make any comments before analyzing its content more closely," organising committee head Børge Robertsen told AFP.

Fide has told the committee that they have until Monday to confirm that they will accept all the federations.

The current power battle confronts incumbent and controversial president Ilyumzhinov and his competitor, chess legend Garry Kasparov, much preferred by the West.

"Kirsan (Ilyumzhinov), despite all the criticism that can be made, has always taken care of the small federations and that's undoubtedly why they always have been grateful and appreciative, and that he has always been reelected until now," said Gerard Demuydt, a specialist at Europe Echecs magazine.

Ilyumzhinov said on specialised website www.chessdom.com that he ruled out rumours that the games could be cancelled or held somewhere else.