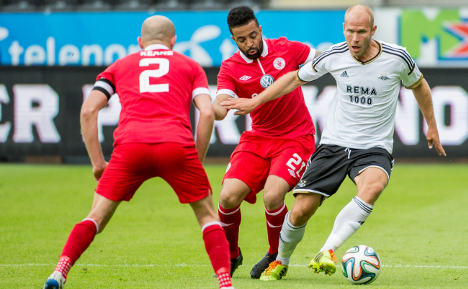 The shock defeat means the Norwegian side face a tough battle to qualify when they visit Sligo's Showgrounds stadium on July 24th.

The 22-time champions of Norway had home advantage in the second-round qualifying tie at the Lerkendal Stadion. However they found themselves two goals down after second-half goals Alan Keane and Danny North.

Rosenborg scored nine minutes from time after an own-goal from Sligo's goalkeeper Gary Rogers, but it proved too little too late as Sligo held on for a proud win.

Per Joar Hansen, Rosenborg's manager, said after the game on the club's official website: "This is a match that we should have won. We had more than enough chances to win, but unfortunately they scored on their first goal chance, and that set the standard for what happened during the rest of the match. Suddenly 0-2 came out of nothing."

Eric Hoftun, Rosenborg's chairman, said to Adressa.no: "I understand that the fans are disappointed after the result, and it is not good enough to lose a home match against Sligo Rovers."

During the match, some Rosenborg fans shouted for Hoftun to resign, reported Adressa.