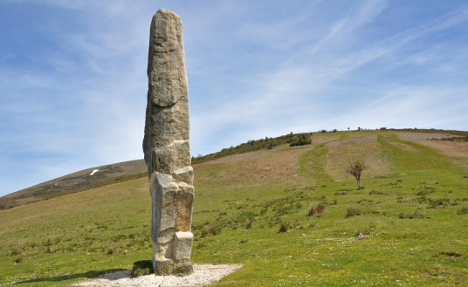 Ancient longstone similar to the one damaged in Steigen. Photo: Shutterstock

The culture protection chief of Nordland county will take Mesta AS to court for overturning the six-meter tall stone, as workers cleared a road in Steigen.

Egil Murud, culture protection chief, said to NRK: "We finished writing the report [on Wednesday] and will deliver it today."

In mid-June a local sub-contractor employed by Mesta smashed the monumental stone on Engeløya island, 1,300 kilometres north of Oslo. The stone was overturned by an edge-cutter machine, used for clearing weeds and grass.

The stone, known as a long stone due to its imposing height, dates back more than 1,000 years. It stood on a grave field and was likely a marker of graves or used as a border stone between settlements. The stone broke into three parts during the accident.
Murud added: "This is tragic. The stone monument is a very visible and well-known cultural heritage artefact in Steigen. It has stood on the roadside for several hundreds of years. It’s an enigma how it was possible to hit the stone."
Steigen's mayor, Asle Schrøder, was one of many upset by the loss of one of Steigen's top tourist attractions. "We have to do whatever we can to get the stone up again, he said.