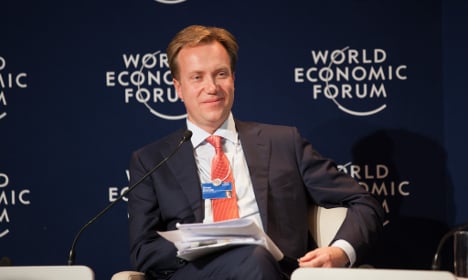 The politician reported to NTB that he had to take cover from two missile attacks from Gaza during his stay in Ashkelon, south Israel. Israel's government said the missiles were fired by Hamas in violation of the cease-fire truce.

Brende was having lunch in a restaurant with Israeli minister of foreign affairs Avgidor Lieberman when the attack took place. A missile alarm sounded and the two men were ushered to an underground room in the restaurant that acts as a bomb shelter. The rockets hit 300 metres from where the men hid.

None of the men were hurt.

Brende said: "When we went out to see the damages after the attack, a new round of missiles came in. At least three of them. Then we ran down into a basement. It happened so fast, I didn’t get much time to reflect upon how I felt."

The Norwegian then told NTB he had witnessed a second missile attack from Gaza during his stay in Israel.

The second strike occurred earlier on Wednesday when Hamas missiles were fired at Ashkelon and Ashdod.

The Norwegian foreign minister is on a state visit to the Middle East to help broker Israel-Palestine peace talks.