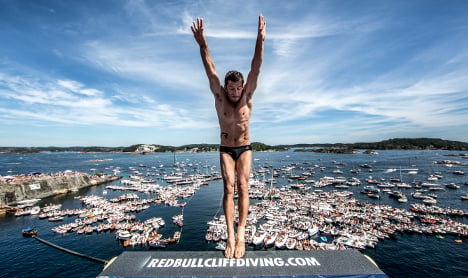 The Red Bull sponsored competition saw both male and female participants take part in death-defying leaps at one of Norway's highest fjords.

Englishman Gary Hunt won Sunday's event, making it his third win in a row in the world series.

Hunt told the sponsor's media team: “It was such a great competition – to battle with the champion [Artem Silchenko] is an amazing thing. Both of us nailing our big dives made for a great competition. I think it will be a battle between us two for the title, but there are still three events to go, so who knows."