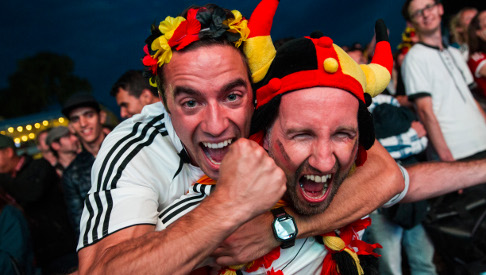 The accident took place on Karl Johans Gate in Norway's capital city. An unnamed German man was celebrating his team's victory after watching the match with other eager fans on Kontraskjæret, Oslo.

Around midnight Oslo police received a message that a Germany’s supporter had been hit by a car. A police spokesperson said to NTB: "In Karl Johans gate a man ran out into the streets in excessive joy over the World Cup and was hit by a car."

The victim suffered minor injuries and was taken to hospital by ambulance.

Germany won the final after scoring the only goal of the game in extra time. Mario Götze was the match winner and secured the victory over Argentina and Germany's fourth World Cup title.

Germany supporters partied both indoors and outdoors across Norway following the result in a largely peaceful and incident-free fashion.