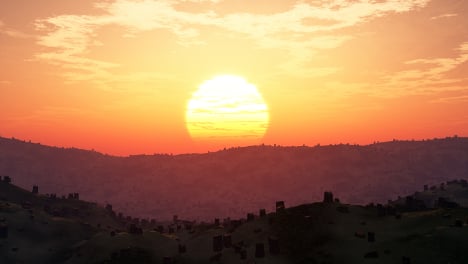 Climate change has affected Norway's agriculture sector. Shutterstock
The Ministry of Agriculture recorded its highest ever payout to farmers last year after nearly 1,500 farmers received a share of 80.2 million kroner.
The report by the government stated: "There was considerable damage to crops caused by climate in 2013, which produced many cases of compensation in several counties."
More than one million hectares of farmland was affected by floods in 2013, caused by rapid snow-melting and heavy rainfall. Unusual weather also led to a record number of crop failures across Norway.
Farmers received compensation for root crops, where weather damage destroyed crops which grow under the earth only.
Each Norwegian county sends out inspectors who check the cause and extent of the climate damage. Farmers must pay 30 percent of the value of the lost crops themselves, before any government compensation is paid out.
Steinar Haugalien is one of 1,500 farmers who received compensation for damages caused by adverse climate conditions. His farm in Kvam, south-east Norway, has been affected by floods and avalanches since 2011 and he has lost most of his farmland, livestock and home.
Haugallen said to newspaper Aftenposten: "In one of the avalanches in 2011, forty animals were lost. We were happy just to survive. When the water came for a second time in 2013, it was easier as we were prepared."