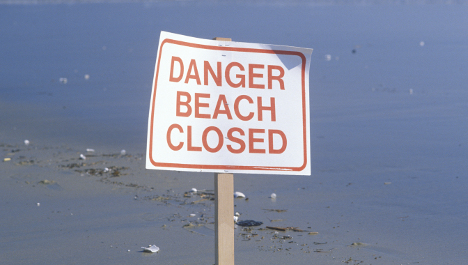 Nobody was injured in the controlled blast which was conducted by the Norwegian army.

The mine was found on Wednesday evening and the open-air area was closed off. A nearby kindergarten was evacuated and asked not to open until further notice.

Monica Rasmussen, warden for the kindergarten, said to newspaper Haugesunds Avis: "I received a phone call from the police that we had to close. The object was, according to the police, found in the water. They informed me that they had contacted the military, but that they didn’t have resources to handle this immediately."

It is the second time this week a mine has been found in the area. On Monday a rusted landmine was found, then detonated the following day.

The kindergarten was also evacuated on Monday and all children sent home.

There have been many mine findings in the area before.