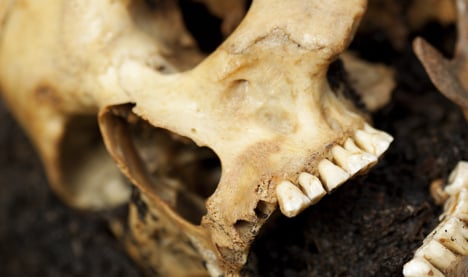 For the past two months archaeologists have been digging at the Stokke site, believed to be two separate Stone Age settlements

The human skull containing brain matter is among many findings unearthed at the dig.

It is hoped the skull can tell something about how it was to be a Stone Age human in Norway. It is not yet known whether the skull belongs to an animal or a child.

Gaute Reitan, dig site leader, said to NRK: "It is too early to say. We need help from bone experts."

Reitan said: "When we dug out some sample squares here, we very early came down to masses of soil, rich in carbon. We sent samples of this soil for fast dating in order to find a little more out of what we were dealing with. The bones in the pit are just as old."