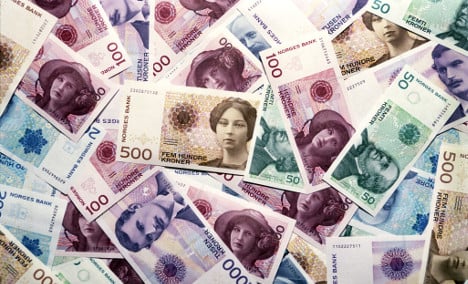 Photo: Berit Roald / NTB Scanpix
A few hours later – after the draw – Ronny Andersen was 3.2 million kroner richer.
On the evening of his win, Andersen, 23, was set to enjoy a barbecue with friends. The economics student was more concerned about buying food than a lottery ticket, he explains in an interview with local newspaper iTromso.
He said: "I went to the local supermarket to buy some food. When I came to the cash till, I got the impulse to buy a lottery coupon. It was just before 6pm, when the betting closes. I remember that I wasn't sure whether I would actually reach it on time."
After his meal, the phone rang. It was lottery operator Norsk Tipping to tell him he had just won 3,221,550 kroner ($521,000). "I started shaking. That was a call I didn’t expect," said Andersen.
The prize was a welcome break for a man who suffered cancer of the calf seven years ago, with doctors having to remove part of his calf bone and shin. As a consequence, he has broken his calf three times over the years.
But Andersen's luck seems to have changed for the better. One day after his life-changing lottery result, Andersen returned to his part-time job in a food store and has no plans to stop working.
When asked how he plans to spend the money, the lucky winner said: "Norsk Tipping and the banks have advised me to consider carefully how I will spend my money, and I think I'll do that. I don’t have a driver's licence, so I’m going to get that."
He is also making relatively modest plans with his girlfriend.
"We would like a new stove and also dream about a vacation to the Mediterranean."